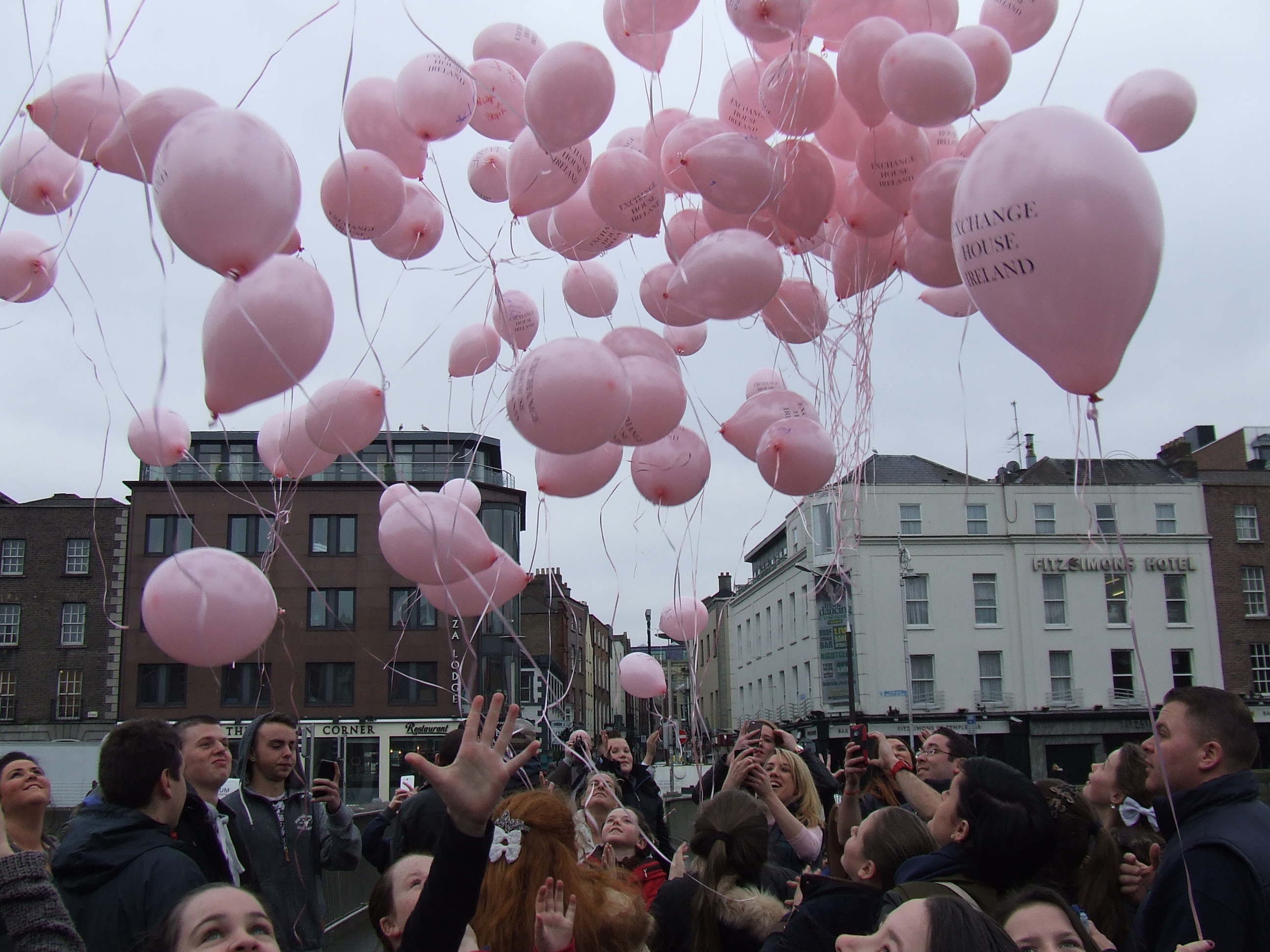 Exchange House Ireland hosted a balloon launch on Wednesday, February 11th to highlight the issue of mental health and the current situation and effects of suicide within the Traveller community. The event which was held within the offices of Exchange House Ireland in Great Strand Street was an occasion for those in attendance to remember their loved ones lost through suicide. Speakers on the day included; Roisin Kearney, John Quinn, Cathleen McDonagh Clark, and Patricia McKeever.

Roisin Kearney, a youth worker from Exchange House Ireland, welcomed everyone to the event and introduced the main speaker John Quinn. John spoke about his personal experience and how he had been affected by suicide when his son took his own life. He shared, with those present, how he dealt with the situation. He also detailed how a tragedy such as suicide doesn’t just affect the person themselves but makes a huge impact on the lives of their family and friends. In addition, he highlighted the fact that the suicide rate among Travellers is six times higher than the settled population, which is already one of the highest in the EU.

Cathleen McDonagh Clark; Education and Training Manager in Exchange House Ireland, further discussed the high statistic of suicide in the community. She also stressed that it is young adults and men who are the most vulnerable in the area of suicide at the moment. Patricia McKeever; Mental Health and Suicide Awareness Trainer spoke to the group about having courage, seeking support, and not feeling alone. Patricia stated that there are many different places a person can go for help and support, including ones family and friends.

To finish the event all those present were given a balloon and asked to write a message on it for a loved one they had lost to suicide. Then the group walked over to the Millennium Bridge and to launch the balloons together. Some of the younger people in attendance said that they found the event really helpful and they described John Quinn as being a strong man for sharing such a personal experience and for encouraging others to seek support.

Watch a short video of the balloon launch

If you are feeling low, need support, or just want to talk please contact Exchange House Ireland on 01 872 1094. 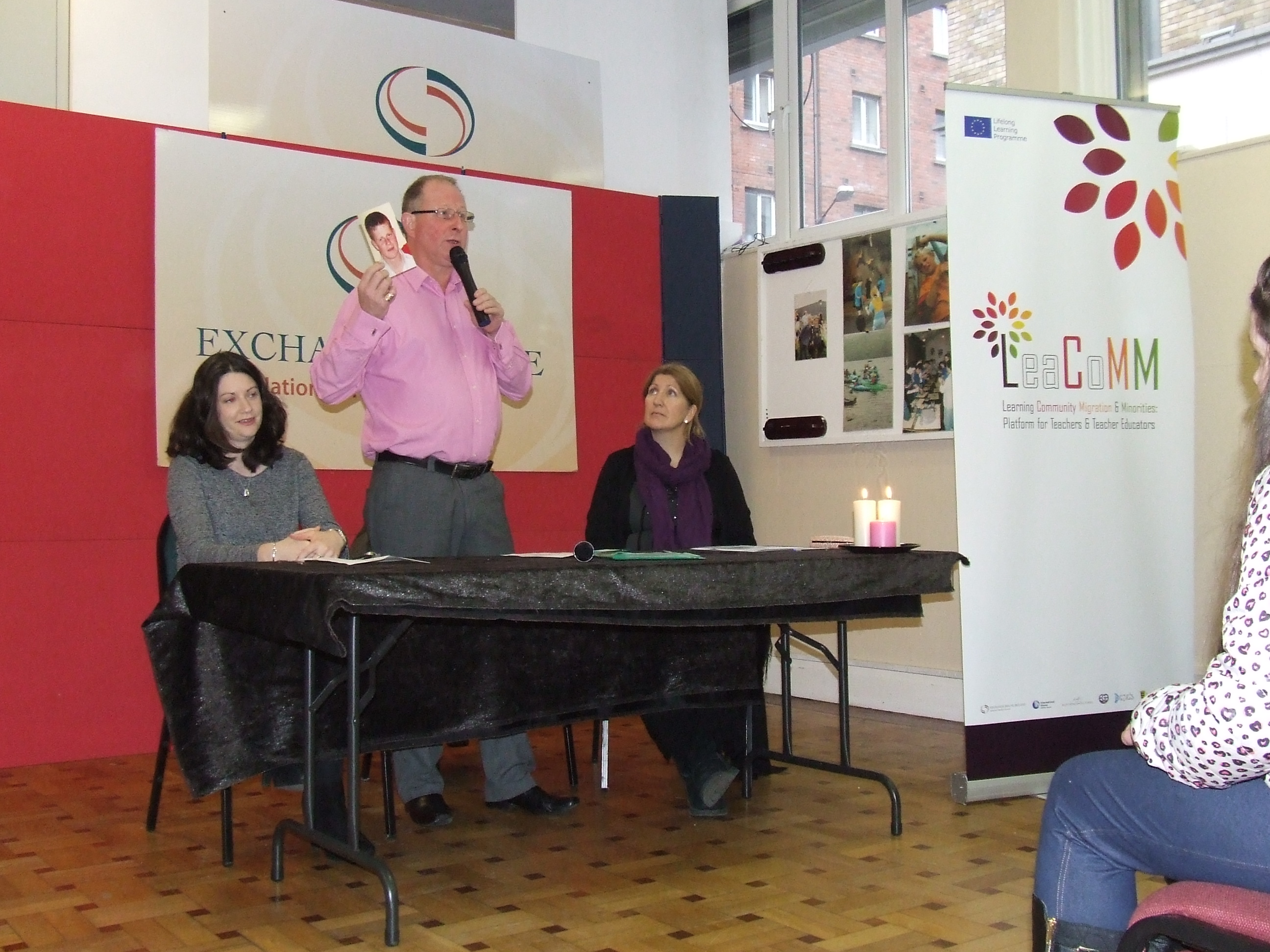 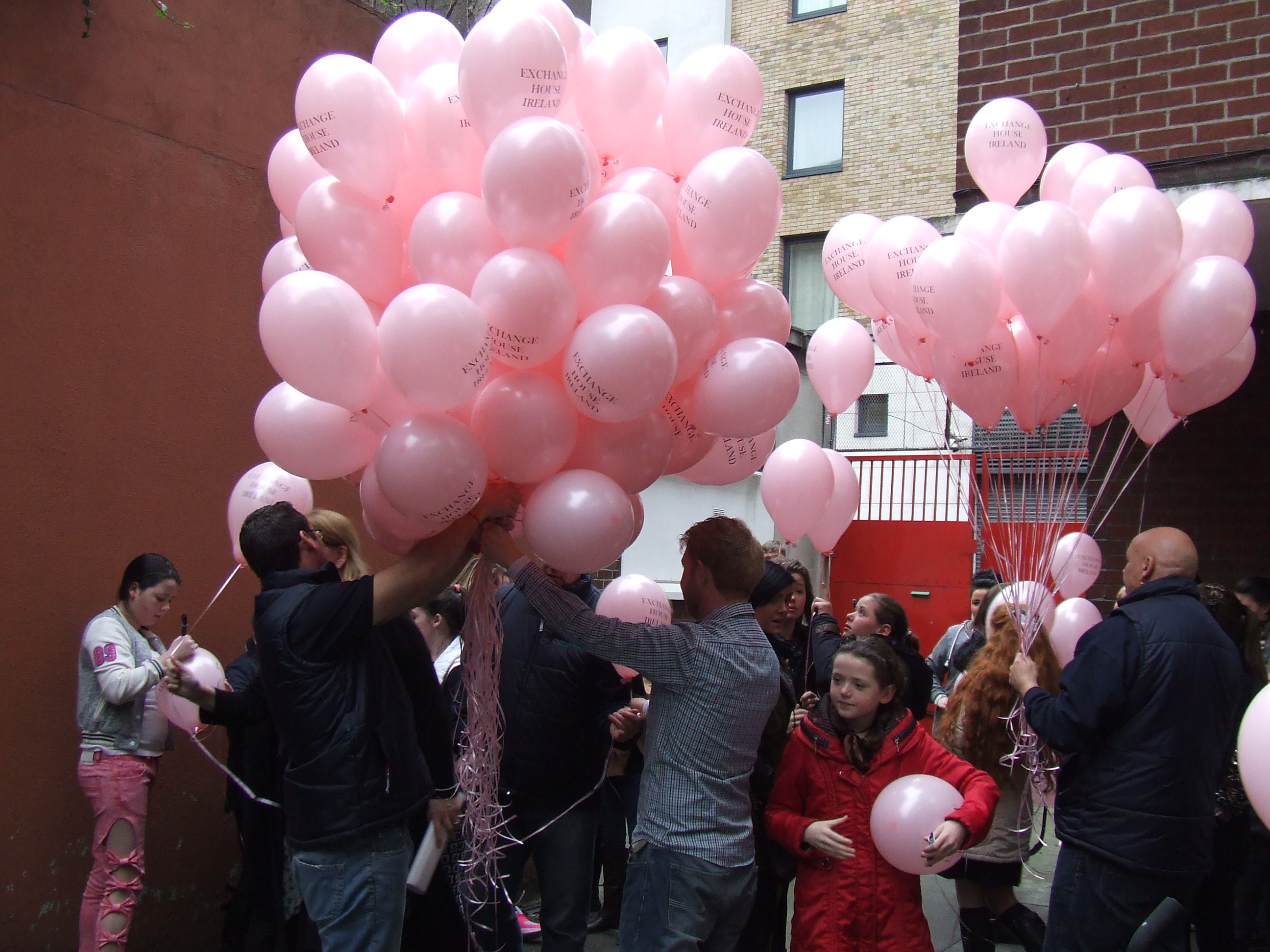 EU Project - My Community 2020 - Still working away in the background »

Update for all Learners at Exchange House Ireland »

New Phone Counselling Service for Travellers during the Coronavirus Crisis »

Exchange House Ireland is still open on the phone »